Who you gonna call! 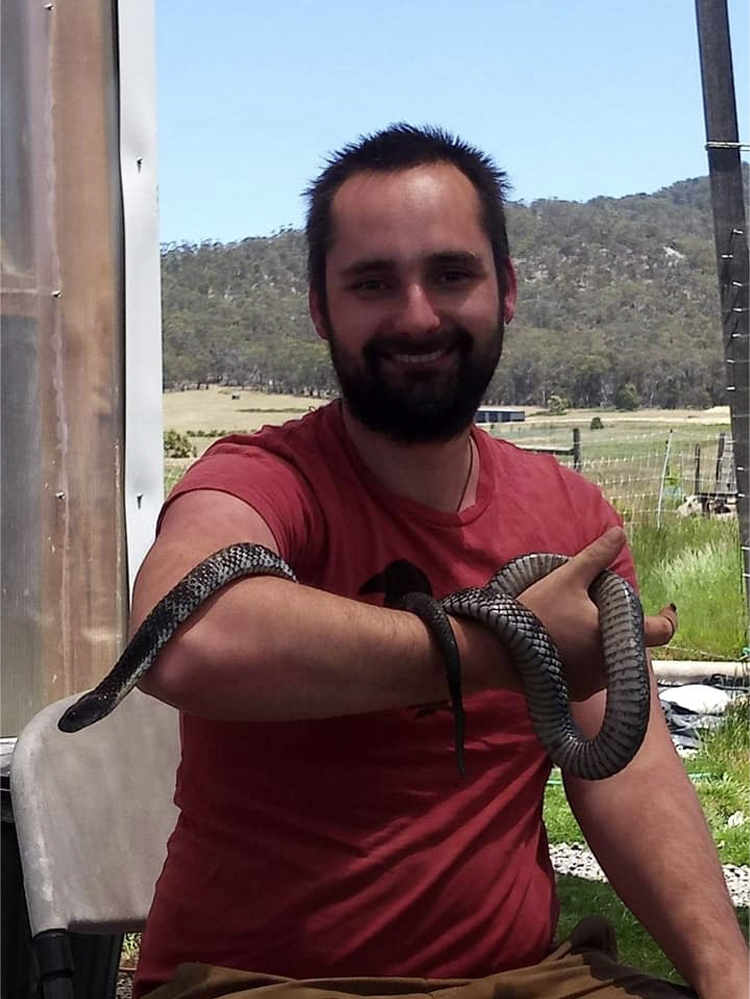 This story about snake catcher Gianni Hodgeson appeared in our autumn 2020 issue of Secrets, which was caught up in the very early stages of Covid-19, so it didn’t travel very far. We thought it was worth posting here especially as snakes are still very active.

Not many people like snakes, in fact most of us are scared witless just from the thought of accidentally running into one, or worse, finding one in the house or nearby.  However, there is one young man who absolutely loves snakes and is making a living by removing those unwanted visitors.

Gianni Hodgeson, has built a business from catching snakes and removing them, but how he came to be a snake catcher is a bizarre story in itself.  In his early thirties, Gianni has worked in the automotive industry, retailing, he’s been a carpenter and a timber miller, none of which had anything to do with snakes.  When he was retrenched from his last job, he read an article about a course on snake catching and he thought that it could be a good career move, despite not having any previous experience with the creatures.  So he did the course, which although not essential for obtaining his licence, he says was very helpful.

That was almost two years ago and he has been kept very busy catching and releasing these reptiles throughout the season. And he loves it, although he does admit to being nervous the first time he went on a job, now he says, “it’s all in a day’s work.  Asked if he has ever been bitten, he laughed and said, “not even close, but you do have to be very aware of what you’re doing and the behaviour the snake.  When you respect the animal and concentrate on what you’re doing; you don’t get bitten”.

By mid autumn, snakes go into their dormant period and re-emerge in early to mid spring, but they have been seen in winter, especially on those odd warm sunny days. Gianni says, “if you see one, especially in winter, leave it alone, it will move on quickly, especially as the day cools”.

Gianni loves all animals, especially Australian natives and his long term goal is to develop a wildlife sanctuary around Beaufort, but that’s a few years down the track.

In the meantime, he fills in his non snake catching months with ‘handy man work’, recycling old furniture, building pet enclosures and turtle tanks and looking after his variety of pet animals including sheep, chooks, dogs and birds.

He may have come to snake catching in a roundabout way, but when you have an unwanted visitor in or near your home, he’s a good man to know.  Hodgsons Snakes – Rescue and Removal – facebook.com/HodgsonsSnakes 0490 415 734