An entrepeneur and a cute caravan 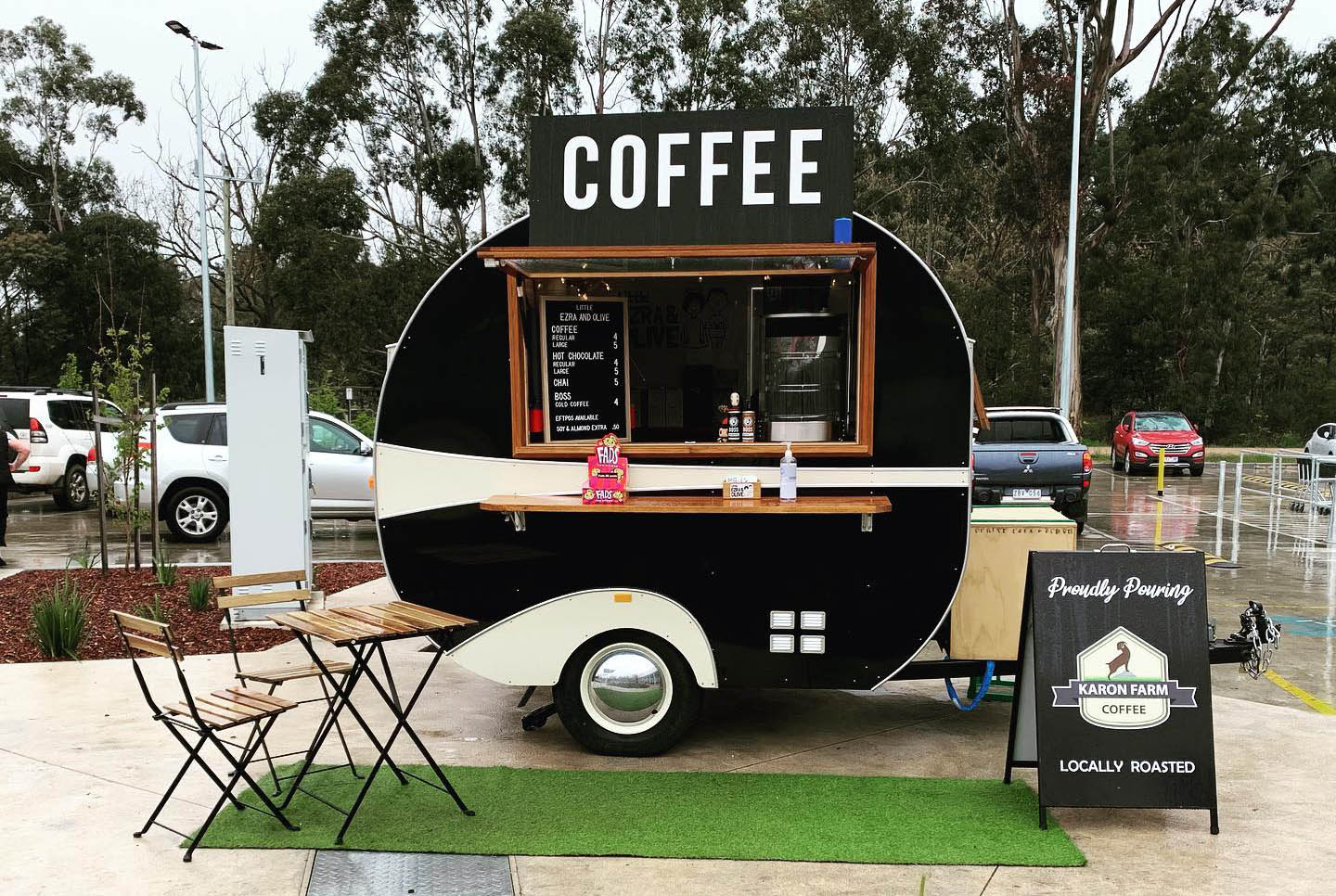 How do you define an entrepreneur?  Most people think of entrepreneurs as high fliers, the huge risk takers of this world, whereas in truth a true entrepreneur is someone who isn’t afraid to take a chance and seeing opportunities no matter how obscure they may seem.  Anthony Faure is an entrepreneur.

Anthony operates a coffee van seen daily outside the IGA supermarket in Creswick and in various spots around Ballarat.  But this isn’t any ordinary coffee van – this is Little Ezra and Olive, a strange name of no particular origin that serves great coffee from the cutest little bubble van – an attention seeker in its own right.

Anthony’s background is in graphic design and advertising, but when the industry lost its appeal, Anthony looked at other industries for his next career.  He had always enjoyed the ‘coffee culture’, especially in Melbourne, so on a whim, he bought a café – The Old Fire Station in Preston.   A little rundown maybe, but it was a first step and it was where he cut his teeth in the hospitality industry.  With some effort, Anthony improved and upgraded the café making it a very desirable purchase to a potential new owner.  That resulted in “an offer that couldn’t be refused”.  So good was the offer, that Anthony decided it was time to be a hands on Dad, so with his family, he took off on an eighteen month tour around Europe, Egypt, the UK and the USA.

Back in Australia, Anthony opened another café in Melbourne and when that became so busy it interfered with family life, he decided on another career change.

This move was from cafes to comic books and collectibles where he operated Atomic Comics, followed by a move to Ballarat and another career move.

Anthony credits his wife Tara as the ideas person in the family.  It was she who suggested they buy their cute caravan that could be operated as a “one man band operation” while she continued commuting to her key role in health care in Melbourne.  This has given them the ideal work/life balance.  It also allows Anthony the freedom to source the freshest quality produce and sustainable packaging ensuring that Little Ezra and Olive place a very small footprint on the planet.

The caravan started making an appearance at various gigs around the Ballarat area and when Steve Sellars was looking for a quality coffee van to ‘perch’ outside the supermarket, Anthony was recommended and the rest, as they say, is history – the coffee is pretty good too.